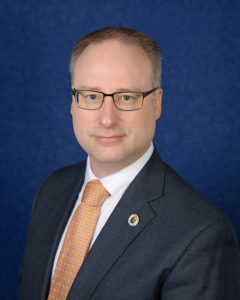 Keith Carnahan of Meriwether Lewis EC, Centerville, Tenn., was elected to the role of vice chair while Larry Kernea of Murphy, N.C., PB will continue in his role as secretary-treasurer.

Chuck Bolin of Greenville Energy Authority was approved to serve as the ADPDA municipal representative on the Education and Training Committee, replacing retired manager, Bill Carroll.